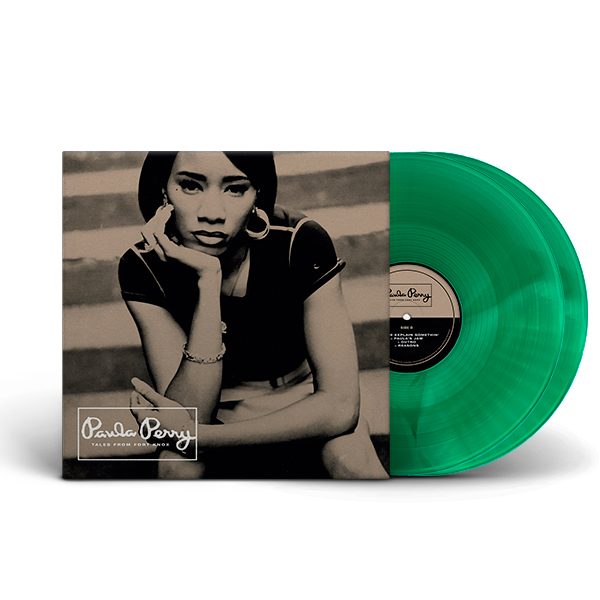 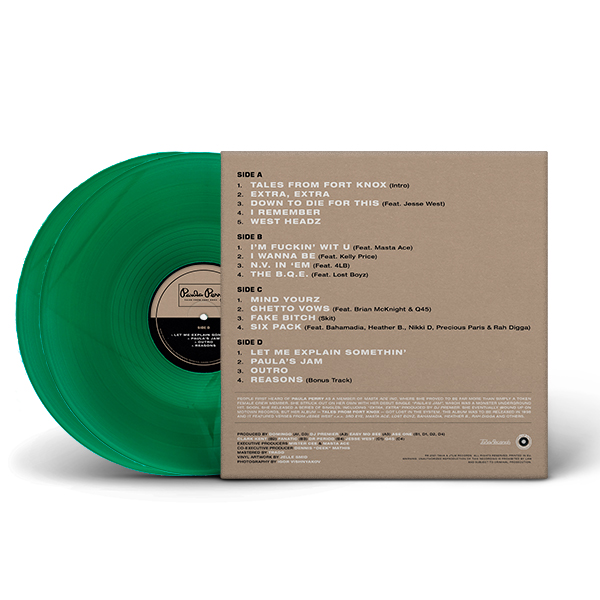 The name Paula Perry first came to attention as the ruff female voice of Masta Ace’s The I.N.C. collective. First introduced on Ace’s ’93 classic “Slaughtahouse” where she made hip-hop fans around the world take notice with a strong solo cut of her own called “Who U Jackin?”. When it then came time for the second Ace release with the clique, “Sitting On Chrome”, Perry was given a much more prominent role, holding her own against the seasoned leader and fellow emcee Lord Digga on several stand out songs from the LP. The original idea from here was for each member of The I.N.C. quartet to deliver solo albums of their own.
In 1998 she has signed a record deal with Motown Records and recorded her solo debut executive produced by Masta Ace and Mister Cee and entitled “Tales From Fort Knox”. The first, and unfortunately only, single from the LP was the heavy hitting DJ Premier produced “Extra, Extra” which showed a take-no-shit emcee that was really coming into her own as an artist. The B-side “Down to Die For This” was no lesser track, featuring heavy names Easy Mo Bee and Jesse West on production and guest vocals, respectively. While this 12″ managed to make some noise on the underground circuit, and rightfully so, the tired bosses at Motown didn’t find the sales satisfactory which led to the shelving of “Tales From Fort Knox”, despite the project being already completed and assigned a catalouge number for both vinyl and CD release. There were however a few promo copies of the album pressed up on cassette, and although a rip never has surfaced online, it has been available for a lot of dough on eBay so somebody out there is sitting on this long lost gem right now. Most promo copies of the CDs were destroyed by the label.

Fortunately Taha and JTLM Records offer you this album for the first time on 2-LP limited vinyl edition including the bonus track “Reasons”.