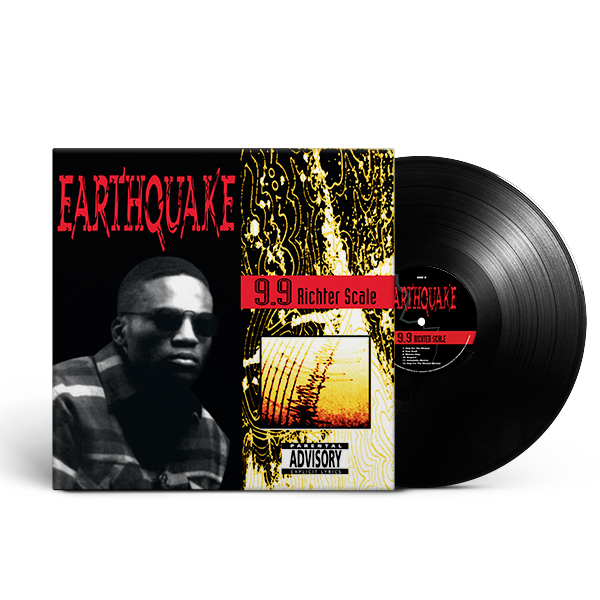 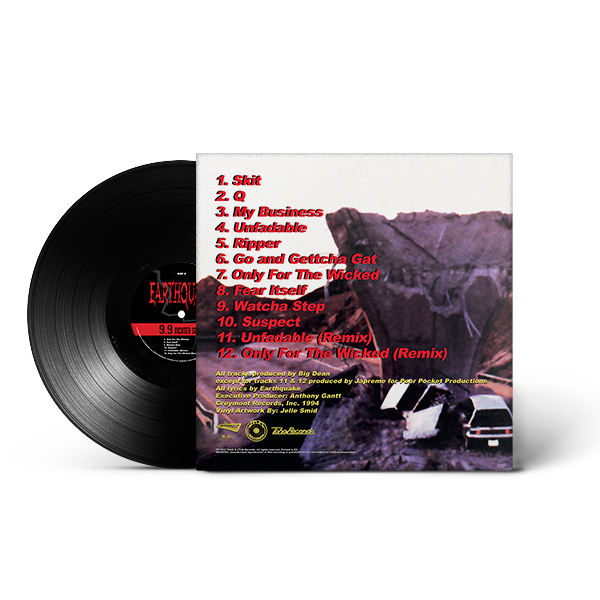 Back in ’94 with this emcee named Earthquake, born in Washington DC. He released two 12″ and one album on the Capitol Heights based label Greymont Records, which was owned and managed by Anthony Gantt. Anthony met him one day while taking his lil cousin to court. After court, he took him home and listened to his demo tape. That’s how everything began for Earthquake…
First 12″ contains the track “Unfadable” which is available in two different versions, the original version on the A-side produced by Big Dean who was also the producer on Earthquake album.
This album is a sick heavy hitter originally released back in 1994 on CD and tape only.

Now for the first time on LIMITED black vinyl courtesy of Taha/JTLM Records, including a bonus track the “Only For The Wicked (Remix)” track.